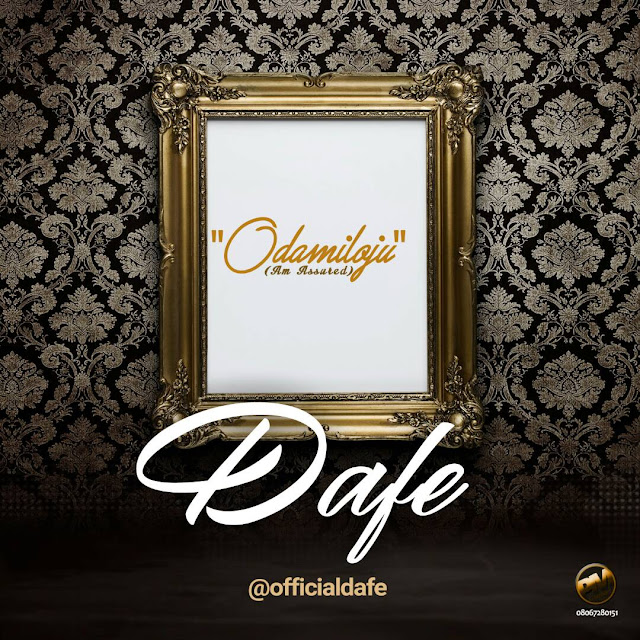 The song ODA MI LOJU (Yoruba for "I'm Assured") was inspired by a deep worship session on a Saturday morning. The song assures us of the victory Christ obtained at the cross to give us a new life!

Odafe Joseph Aboro (Dafe) from delta state Nigeria was born to mr and mrs aboro on the 30th of may. His father who loved music and was a member of the choir paved the way for his early music journey as he started singing and playing musical instruments in the children's choir and writing songs at the tender age of eight.
Aside music, Dafe studied and obtained a BSc in Economics at the university of Port Harcourt after which he released his debut album "The INSPIRED RELOADED", which hadgreat songs and videos like Oda mi loju, You are the Answer,...just to mention a few.

Dafe as popularly known is a lover of christ who is a worker in his local parish under RCCG Rivers Province 5.